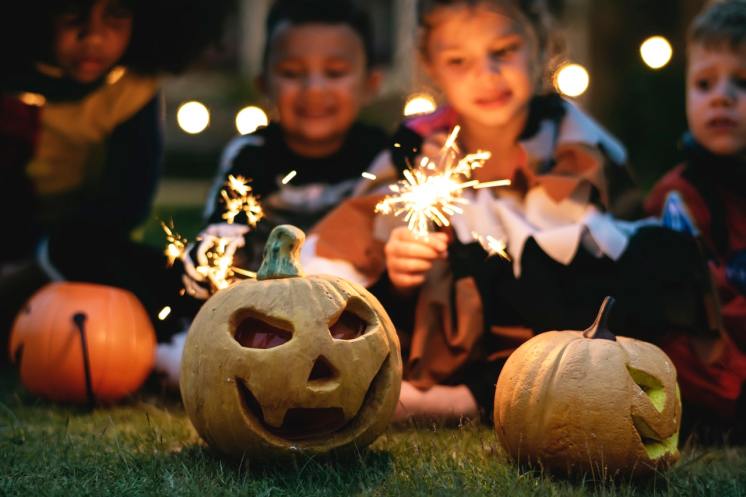 Trick-or-treat! It’s that time of year, get ready for pumpkin spice everything. As the masses stock up on fall scented candles while consuming copious amounts of candy corn, it’s time to take a look at the season’s hottest trends for Halloween.

Last year 179 million Americans participated in Halloween spending $9.1 billion dollars, covering everything from costumes to candy, decorations to greeting cards, and everything in-between. The average consumer spent $86.12 and historical trends indicate that spending increases each year, so we can expect that number to increase slightly this October. If you’re already shopping for Halloween you’re ahead of the game, as the majority of consumers wait until October 1.

So what exactly are consumers buying?

9 out of 10 consumers buy Halloween candy spending $2.7 billion dollars in 2017. About 70% of consumers will hand out candy to trick-or-treaters while the other 30% will most likely eat the candy themselves, alone, crying in a dark corner and telling themselves that on January 1st they’ll join a gym and be a better person.

About 50% of consumers will decorate their homes for Halloween, so be prepared for witches flying into trees, hand-carved candle-lit jack-o-lanterns, dangling skeletons, and tombstones. But that’s not all, in 2017, consumers spent $410 million dollars on Halloween greeting cards to send spooky wishes from afar. Overall last year $2.7 billion dollars were spent on Halloween decorations. 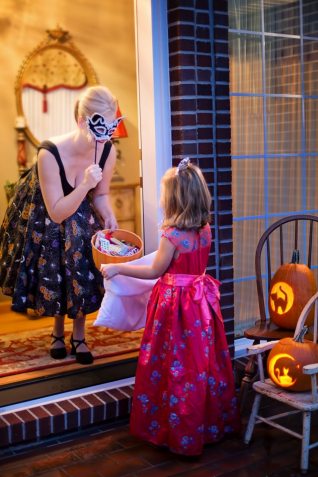 Who’s your hero? In 2017 the hottest costumes for kids were superheroes (Batman and Spiderman specifically), Star Wars characters, witches, princesses, and animals. Chances are high this year you’ll see plenty of Black Panthers, Ant-Mans, Deadpools, Aquamans, Incredibles and Avengers – along with the classic Batman and Spiderman costumes. With Solo: A Star Wars Story debuting earlier this year, we can expect more than a few Hans running around collecting treats in pillowcases as well.

Last year some of the most popular adult costumes were Batman characters, witches, animals, and pirates. And of course, we cannot forget our furry family members who in 2017 most often dressed (not always voluntarily) as pumpkins, hotdogs, other animals (such as a lion or bumblebee), and the devil. 16% of consumers dress up their pets and consumers spent $3.4 billion dollars on costumes alone in 2017. About 50% of consumers wear costumes on Halloween.

While Halloween inspiration is most often found online, a majority of costumes are purchased in-store with 47.1% of consumers shopping at discount stores, 37.5% purchasing at specialty Halloween stores, 25.4% buying at supermarkets, and 24.4 % shopping at department stores. Only 22.3% of consumers bought their costumes online.

Last year’s statistics have given us a good idea of what to expect for Halloween 2018. So grab your Pumpkin Spice Latte and put on your cape, it’s time for everyone’s favorite Fall holiday!