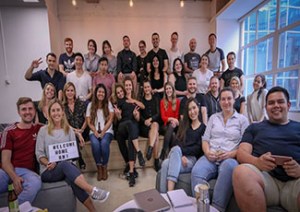 In 2018, the world celebrated Beyoncé becoming the first African-American woman to headline Coachella; Prince Louis was born before Prince Harry married Meghan Markle; red hair emojis were released; not only did the reboot of Queer Eye launch, the fab five paid a special visit to Yass Australia, who once again experienced a leadership spill. The world lost legends in Aretha Franklin, Anthony Bourdain, Stephen Hawkins and Stan Lee.

In the e-commerce world, we started the year preparing for GDPR to come into play, and as we near the end of 2018 we wait patiently to see the full impact of the regulation. Facebook was plagued with the Cambridge Analytica scandal, and Mark Zuckerberg faced Congress. On a local level, the Australian government made changes to GST laws on imported good, and this week the ACCC has released details of their preliminary report into Google, Facebook and the Australian news and advertising sector, outlining concerns over market power and the impact on Australian businesses.

At Rakuten Marketing, it was a transformative year. We started by bidding farewell to our founding MD Anthony Capano, who departed to join the Rakuten Marketing EMEA business. JJ Eastwood took the reigns in April; the Sydney crew made a move from Clarence St to Spring St; we held our first Symposium Singapore and another fantastic Symposium Sydney, where we launched our inaugural the State of e-Commerce: Asia-Pacific report; and we had our biggest November to-date.

Our team grew in size as we welcomed a record number of new starters. There were weddings held, engagements and babies born. Needless to say, there was A LOT for us to celebrate last week. 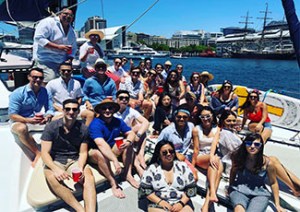 As the sun sets on 2018 and we to set sail into 2019, our teams look back on all that’s happened this year and cast their eyes into the future.

Affiliate
Most notable change
Changes within the financial landscape have pushed Credit Card companies to evolve their business model. As a direct result, those credit card companies are now allowing publishers to utilise their data more in-depth, powering the rise of online to offline initiatives in the affiliate industry.

Favourite Rakuten Marketing Moment
Aside from seeing the entire Rakuten Marketing team break into a flash mob at the Symposium Sydney after party, we were blown away by the results of Cyber Weekend 2018, where over 20 of our top publishers and advertisers achieved their biggest day on record. We’re anticipating even bigger things in 2019.

2019 Industry Prediction
Programmatic to extend to the affiliate channel and retailers in Australia to consolidate their online and offline budgets.

Just for fun, one non-industry related prediction for 2019
Foldable phones will make a comeback… and the Chaga mushroom will be the new superfood trend

Favourite Rakuten Marketing Moment
When the whole Sydney team saw off our former MD Anthony Capano with a rendition of Drake’s “Started from the Bottom” wearing Anthony Capano face masks. 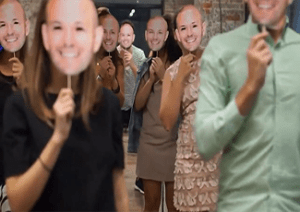 2019 Industry Prediction
More scrutiny over the way Australians’ data is collected, similar to what we’ve seen in the EU with GDPR.

Just for fun, one non-industry related prediction for 2019
The Rakuten Treble – The Rakuten sponsored Barcelona FC, Golden State Warriors and Vissel Kobe will all win their respective championships!

Search
Most notable change
An updated version of Apple’s Intelligent Tracking Prevention was released in September (ITP 2.0). Marketers had to explore different measures to remain compliant and maintain tracking visibility for marketing programs.  The change also revealed the need for marketers to assess their digital partners, their flexibility to react quickly, and their tech bandwidth to implement necessary changes.

Favourite Rakuten Marketing Moment
Moving to the new Sydney office! It was exciting to watch all of the different moving parts (and different teams!) come together to make the move a success.  It’s a wonderful space and is just perfect to start 2019 with a bang!

2019 Industry Prediction
Amazon in Australia will make bigger waves in the retail vertical. The impact has already been notable in other global markets, such as the US and Europe. As Amazon continues to penetrate more of the Australian market, its presence will be felt.

Just for fun, one non-industry related prediction for 2019
Google Doodles will become personalised for users logged in!

Favourite Rakuten Marketing Moment
Our first Rakuten Marketing Symposium Singapore. With attendees coming to Singapore from all over Asia and the world, the event highlighted the benefits of bringing advertisers and publishers together to forge true global partnerships.

2019 Industry Prediction
We’ll start to see the impacts of GDPR in Australia as regulators begin to investigate international brands who aren’t compliant. Highlighting the need to partner with companies who can help advertisers navigate this.

Just for fun, one non-industry related prediction for 2019
With a Federal Election taking place in 2019, we’ll only see 3 Prime Ministers in Australia next year.

And finally a word from our MD, JJ Eastwood:

2018 most notable industry change
AI has had a significant impact across all areas of e-commerce this year, right from assembly line, to post-sale customer service interactions through chatbots and all this new data is being used by smart companies to significantly inform their marketing initiatives too. We released new products this year built on Rakuten AI technology and have seen incredible results to date; AI will be a cornerstone of Rakuten in 2019 and beyond.

Favourite Rakuten Marketing moment of 2018
It’s been a huge year for RM APAC, we’ve signed some great new advertisers and publisher partners; experienced our strongest ever cyber weekend performance; launched Symposium Singapore and our inaugural State of e-Commerce: Asia-Pacific report. To top it off our partnership with Spartan was announced and we were excited to join our CEO Stuart in Bright for our first race.

2019 Industry Prediction
The customer experience will be more critical than ever in 2019, with consumers expecting their digital experience to translate to in-store. The emergence of virtual reality, augmented reality, and improved mobile technology will continue to push retail brands to add layers and new experiences to their traditional retail models. We’ve already started to see this happen with cashback and rewards publishers releasing O2O solutions like card link offers, creating frictionless in-store experiences for both consumers and merchants alike.

Just for fun, one non-industry related prediction for 2019
Ireland will win the 2019 Rugby World Cup

As for this marketer? It’s been a whirlwind year, and I predict that 2019 will be an even bigger and better year for the Rakuten Marketing APAC team! There are a lot of exciting things in the works, but first, it’s time for some R&R. 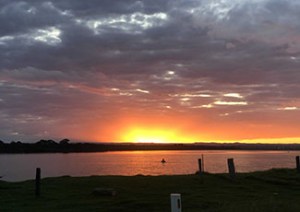