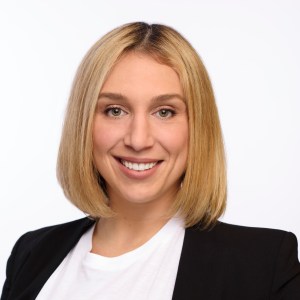 Rakuten Advertising is honored to have our Managing Director of North America Julie Van Ullen named to the Interactive Advertising Bureau (IAB)’s Board of Directors.

It’s a homecoming of sorts for Van Ullen, who previously spent eight years rising up the ranks at the IAB, starting as Manager of Administrative Services and working her way up to Vice President of Member Services.

Julie has been with Rakuten Advertising since July 2018, joining what was then Rakuten Marketing as the General Manager of Mid-Market for the Americas in July 2018 before being promoted to Managing Director of the US a year later. She joins an elite group of professionals on the IAB’s board, including executives from Google, Accuweather, and ViacomCBS.

“I couldn’t be more proud to serve this vital digital marketing and media trade organization,” Julie wrote on LinkedIn. “I’m so excited and honored to serve and specifically to bring the entire Affiliate Marketing industry together within IAB’s walls to work toward the standardization and evangelism we so desperately need.”

The IAB is a membership organization headquartered in New York City comprised of more than 650 of the world’s leading media companies, brands, and digital ad marketing technology firms.  The trade group fields critical research on interactive advertising, while also educating brands, agencies, and the wider business community on the importance of digital marketing.