The Power of Context – The Three Rs: Recall, Resonating, and Returns 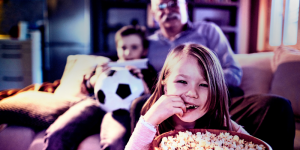 The generally accepted rule of advertising states a consumer must see an advert seven times for it to settle in. This has been the basis for traditional TV broadcasting strategies for decades.

Despite streaming services being a relatively younger sector, research from Rakuten Advertising has shown that in some markets brand recall is now higher 24hrs after seeing an advert here than on traditional TV.

This opportunity is reinforced when we look at the number of respondents who stated that the adverts they see on streaming TV services resonate with the mindset they are in. 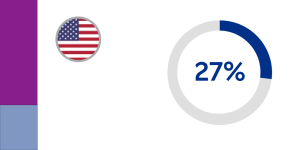 These statistics come together to offer potent returns for advertising agencies: the majority of respondents stated they purchase or occasionally purchase the product or service having seen it advertised on streaming services.

Broadcasting is very much the long-standing approach for traditional TV advertising– with the emphasis on ‘broad’; widespread exposure driving awareness and recall. This is a successful strategy and must remain central to any agency’s media plan.

However, the time is now to supplement this with one of narrowcasting, using the ability to target at a niche level through CTV. With the findings showing that brand recall on streaming services is overtaking traditional TV, the combination of the two reinforces the effectiveness to any media strategy.

Importantly, despite CTV being relatively junior in comparison to broadcast, a similar number of respondents across all age groups reported high recall levels. In two markets (Germany and Spain), the youngest demographic ranked highest; while in others (UK, US, Brazil, France, and Italy), it was the 25 – 34-year-old age bracket.

While the eldest age group – the over 50s – saw the lowest recall across both traditional and CTV services, it still came in at an average of 49% across all global markets. It’s a strong, vibrant demographic for whom advertising on streaming services has an impact.

Recall levels are heightened even further by resonating with the viewer – connecting with them in the moment they’re in while watching streaming services. This is based on the fact that consumers choose what and when they stream, and so the content inherently aligns with the mood and emotions they’re in at the time.

Such a niche targeting approach – using mindset as a proxy to data – allows a media strategist to consider where their client’s brand will resonate best, and thus be remembered more. With the consumer actively choosing what they watch on CTV, the appearance of a relevant advert is by definition going to be remembered better. This must drive where inventory is placed.

Advertisers can’t ignore this – and the stats back this up. Globally an average of 42% of respondents stated that adverts are relevant to the content they are watching, with Brazil coming top with 56%. Italy and France follow with 48% each, UK and Spain at 39%, and Germany with 37% – even the US figures of 27% demonstrate that CTV is impacting over one-in-four viewers.

What’s most encouraging however, is that these figures are equally high for respondents stating that adverts match the mood they’re in while watching streaming services. Globally, just a single percentage points separates mood-matching (41%) and being relevant to content (42%). As before, Brazilian viewers come top with 56%, followed by Italy with 50%. France and Germany come in at 42% and 40% respectively; UK 34%; Spain 33%; and the US 26%.

The data make it clear: relevance is driving emotional connection.

Recall plus resonance directly brings commercial returns. In every market, the majority of those surveyed agreed that they purchase, or occasionally purchase, items they’ve searched for after seeing them advertised on a streaming service.

Putting the Three Rs into action

Agencies must see CTV inventory as a key factor within a modern media planning strategy. It should sit atop the long-established traditional TV layer, where it can reinforce the broadcast element with that of ‘narrowcasting’ by advertising to consumers in the mentality they are in at that time.

Planning successful CTV strategies isn’t complex, which makes its increased usage a necessity. The fact that viewers are actively searching for – and purchasing – what they’ve seen advertised on streaming services makes the conversation with clients even easier.

Discover consumer attitudes towards CTV. Download our latest report: The Power of Context: Advertising Beyond Data