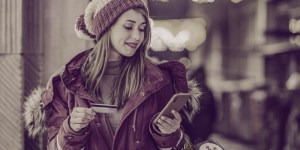 Holiday deals continued to reel in more shoppers this year, despite price inflation and some supply chain issues.

Like last year, consumers shopped earlier in the season. According to Rakuten Advertising data, the Wednesday before Thanksgiving and Black Friday generated almost double the sales and average order value (AOV) compared to the rest of the week.

Here’s a deeper dive into the trends we’ve seen before and during Cyber Week:

While it’s no surprise that Thanksgiving and Black Friday continue to stand out as top shopping days, the Wednesday before is starting to gain traction as a major spending day.

This year, according to Rakuten Advertising data, Wednesday’s sales and AOV exceeded all other days of the week. Last year’s AOV was around $130 compared to $156 this year, making it one of the largest AOV days of the season, just $2 less than on Thanksgiving.

Although consumers still spent a total of $10.7B on Cyber Monday, retailers experienced a slight decrease in sales of 1.4% YoY, according to Adobe.

Vacations, computers/electronics and home improvement products drove AOV up by 4% compared to last year as shoppers were willing to spend more on higher-priced items. Sales for items like luxury goods and jewelry also increased by 26% compared to the previous year. While many consumers still found Cyber Week deals too expensive, the final checkouts on orders were 13.9% higher on Cyber Monday compared to last year, according to Adobe.

Retailers and publishers maintained a similar performance to last year.

While retailers and publishers only saw slight boosts in performance YoY, network performance stayed consistent for most verticals: 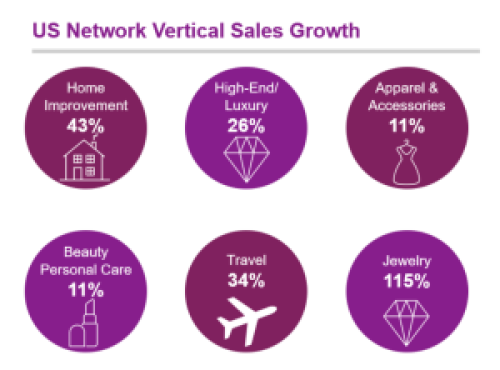 Ready to start building on your holiday momentum? Contact us today to learn more about accelerating your performance marketing campaigns.