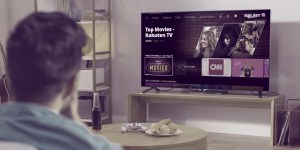 Rakuten TV has further strengthened its partnership with Samsung TV Plus by launching 166 channels across 16 markets. The partnership will expand its free content offering on the Rakuten TV platform (Advertising-Video-on-Demand).

This launch opens new opportunities for advertisers to get in front of audiences across the new regions added to the Samsung TV Plus service, in addition to the possibility of reaching wider audiences through the broadening of channel line-up in territories already live. Rakuten TV is live with TV Plus in the UK, Spain, Germany, France, Italy, Austria and Switzerland. Additional regions accessible to advertisers include Denmark, Finland, Norway, Belgium, Luxembourg, Portugal, and Ireland.

In addition to expanding regions and new channels with Samsung TV Plus, Rakuten TV is launching an additional 90+ free linear channels. Through partnerships with top EU media groups, new channels available in all territories include FilmRise, Real Stories, Timeline, and the LEGO® channel in the UK.

This extensive offering will also broaden opportunities for advertisers, enabling them to place ad inventory across the enhanced portfolio, with an estimated number of 1.5 billion ad impressions to be generated in 2021. Brands and agencies will be able to access this expanded ad inventory through Rakuten Advertising and reach potential new customers in a brand-safe environment that leverages a powerful set of first-party data and audience insights.

Speaking on the expansion of channels, James Collins, Senior Vice President, Media Network at Rakuten Advertising, explained: “We know that effective ad targeting comes through more than just audience demographics. Maximum impact is delivered when the ‘moment’ that a consumer is experiencing, is related to the content being watched – especially if it’s part of the advertising strategy. The breadth of new channels in terms of content gives advertisers from all sectors the opportunity to find the perfect moment in which to connect with their specific target audience.”

To leverage Rakuten TV’s extensive content offering via Rakuten Advertising, and visit our site speak to an expert today.