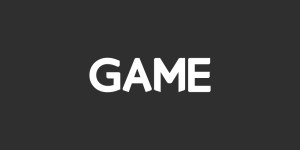 As recent studies show, 44% of consumers will be using search engines when shopping for the 2020 holidays, using CSS publishers to drive increased performance should be high on advertisers list of strategies.

One brand that has recently experienced success by moving their Google Shopping over to the affiliate channel and partnering with more CSS publishers is GAME. We spoke to Edmund Marshall, Digital Marketing Manager at GAME about the move and the incrementality experienced.

What led you to the decision to run your Google Shopping campaigns via the affiliate channel?
We mainly wanted to test new waters and see if we can drive incrementality via a new channel whilst having a greater presence on Google Shopping. We tested the difference of keeping our own in-house Google Shopping live whilst running alongside our CSS partners through Rakuten Advertising to see if this would drive our CPCs higher and to see if we were making any incremental sales.

Did you introduce new partners to your program to make this change?
We invited new partners who are known in the industry as experts in Google Shopping who were keen to run activity for us as well as inviting and being approached by partners already on our Affiliate program who actually made us aware of CSS in the first place! The process was simple to invite new CSS publishers to our program.

Which strategies have you employed to best support this new alignment?
Our main strategy involved trying to make sure our own Shopping ads were not competing with our CSS Partners ads as much as possible and that there was growth in our sales from using a combined approach of our in-house Shopping activity and CSS. We didn’t want to drive each other’s CPCs higher and effectively compete with one another. We did this thanks to our CSS partners being able to create their own feed by scraping our site and/or automating titles and descriptions which meant they weren’t completely identical to our feed. This helped us to show up for a number of different search terms, and our CPCs weren’t getting affected.

How has this impacted performance across both your search and affiliate programs?
Our performance figures in-house weren’t getting affected by the extra activity meaning everything new that our CSS partners were driving for us was incremental. This was great news for us and is exactly what we had hoped to achieve. Due to the efficiencies we see from CSS, we have been offsetting some of our own Google Shopping activity in-house due to more cost-efficient performance from our partners.

What advice would you give to other brands looking to further align their Google Shopping and affiliate campaigns?
As Nike would say – ‘Just Do It’. We tested the impact of both as an initial trial, but it has grown to be something much greater than an ‘add on’ to our Affiliate Network than we originally thought it would be. It is a key channel we use now and even has its own budget line within the business. You have the flexibility to tweak commissions and pause if it is not working for you. Still, the best thing about CSS is that is based on a CPA meaning you only pay out when your CSS partner has driven the sale, and you aren’t paying out for CPCs as you would with traditional Google Shopping. Being transparent and honest with your partners regarding your KPIs, targets and budget is also key so they can set expectations for your campaigns.