Snap Inc. is taking a step forward with influencer marketers as the company announces it’s Official Stories verification will be available for influencers on Snapchat. 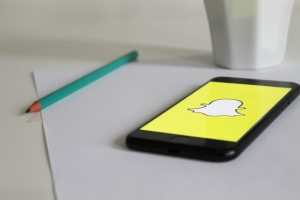 Snap Inc. is taking another step forward in the influencer marketing world by extending the Snapchat Official Stories feature for its more influential users. Official Stories is Snap’s way of highlighting Verified Snapchat Accounts in the same way that Twitter might use it’s blue and white check mark to show that this account is the real deal. The news marks a significant step forward in how Snap is viewing influencers, the effort they’re willing to go to for supporting them, and to help bridge old divides that had previously turned some influencers off Snapchat.

Official Stories offers some serious benefits for influencers that previously were only reserved for the biggest celebrity snappers. A BusinessInsider article highlights some of the fun benefits include an emoji symbol next to the user’s account name (showing they’ve been verified), creating free geofilters, and collaboration across multiple devices. More importantly for influencers, however, is that an Official Stories account is more discoverable so that when a user searches for a name or topic, an associated influencer will appear in the results. Additionally, verified influencers will be promoted in the “Out Stories” feature, and will be able to find out how many followers they have.

This is a key benefit for influencers who, in the past, have felt that Snapchat was a difficult platform to be discovered on and properly leveraged for influencer marketing purposes. Digiday reported back in February that Snapchat users had challenges knowing how many followers they had on Snapchat, or getting found easily by their followers. In the article, one influencer discussed that the challenge was that Snapchat viewed everyone as an influencer, a view that conflicted with influencers’ outlook. The article also cited that “according to one company rep, [Snap] wants to keep authenticity on the platform by allowing social stars to use it like everyday users” and they “want to have more control over advertising on the platform rather than outsource it.”

This divide between platform and influence that, even as recently as a month ago, was making headlines. CNBC reported on this trend in late July that influencers were leaving Snapchat for other platforms like Instagram, where influencers felt there were more opportunities for discoverability and monetization. The challenge was that, according to the article, influencers noticed how much their fans liked the platform. From a content consumption standpoint, it was an enjoyable platform for fans. From an influencer marketing standpoint, however, it was challenging enough to work with that one influencer noted that influencers were abandoning the platform – even ones that swore they never would.

Snap’s decision to extend an olive branch to influencers and mend old wounds comes from a lot of industry recognition, according to an article published by Digiday earlier this week. The article notes that by doing this, Snap is recognizing and avoiding a repeat of a mistake that other platforms like Vine made – alienating influencers rather than embracing them. This should also help Snap get back on track after their recent loss of $2.2 billion dollars and stagnated user growth.

This is a net win for influencer marketers who may be feeling frustrated with their inability to leverage Snapchat to its fullest potential. Influencers want to live where their audiences go, but it’s challenging to get accurate measurements on your audience size when there’s no analytics or even follower count accessible (Snap is trying to make analytics available soon). And younger audiences have a strong preference to Snapchat. Recode recently found that Snapchat is the third-most popular social platform among 18-24-year-olds, aka Gen Z, beating out even Instagram. Younger Millennials also leveraged Snapchat regularly and was the sixth-most popular social media platform for 25-34-year-olds. eMarketer, meanwhile, found that Snapchat was rapidly growing, and even beating out other social platforms like Facebook and Instagram, 12-17-year-olds, as well as 18-24-year-olds, which only further indicates that Snapchat can be here to stay – if they play their cards right. 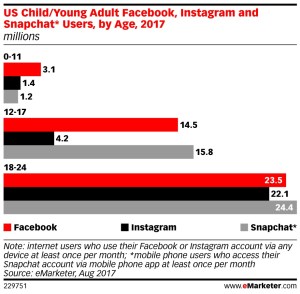 Snap’s decision to work closer with influencers and bring them into “verified” status is a step in the right direction for a few reasons. First, it gives influencers an incentive to use their social powers to market on Snapchat in addition to other platforms, bringing new opportunities for both Snap and influencers, as well as brands, as a whole. Second, it further validates the importance of influencer marketers in the digital marketing landscape. And finally, it helps keep the platform fresh and exciting.

Of all the benefits and outcomes that this decision has had, the biggest might be the reversal of the position that Snap viewed everyone as an influencer, and that it didn’t want to single out influencers with benefits because it was worried about the authenticity that the platform brings. This is a good change for two reasons. The first is that influencers play a significant role in content creation. While any post might be influential to someone, it’s an influencer who’s able to recognize their audience’s needs and interests, and consistently create relevant and engaging content to meet those needs.

Second, it shows a level of forward-thinking with regard to authenticity. Authenticity is a core tenant of an influencer’s approach to digital marketing. As we’ve highlighted in the past with several interviews with influencers, one of the key reasons they feel influencers are successful comes from being authentic with their audience. Snap is now recognizing that authenticity won’t be lost because influencers have Official Stories – instead, it’s much more likely to spread throughout the platform. That, ideally, will keep the platform fresh and engaging for some time.

Snap’s decision on this is a big benefit to influencer marketers, brands, users, and even Snap itself.