We are excited to announce the appointment of Stuart Simms as President of Rakuten Marketing. Stuart has an impressive history of strategic and operational accomplishments that he will bring to Rakuten Marketing in his day-to-day responsibilities. 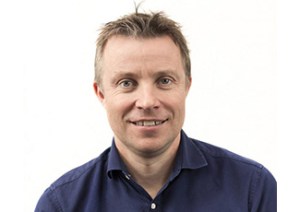 Stuart Simms has been named President of Rakuten Marketing. In this executive role, Stuart will hold responsibility for all day-to-day operations and provide strategic guidance to ensure the company is accelerating its speed of innovation and corporate growth.

Stuart joins us with 26 years of leadership experience and brings expertise in structuring, building and leading high-growth companies in digital commerce, SaaS and cloud-services domains. Stuart joined the Rakuten Group as CEO of Rakuten Fits Me, where he significantly expanded its client portfolio and accelerated product innovation. Under Stuart’s leadership, the company also saw a record growth and expanded its global market position to include entry into Asia in 2015 and the U.S. in 2017. Stuart will remain Board Member at Rakuten Fits Me.

On top of this success, Stuart has also held numerous executive leadership positions at major multi-national organizations. Before Rakuten Fits Me, he served as GM for Venda (sold to Netsuite) and Rackspace, where he ran the highly acclaimed European Cloud Services business. Stuart’s previous senior leadership roles included responsibility for Microsoft’s Mobile Communications business across the Middle East and Africa.

Through all his positions, Stuart has been an early pioneer in new tech wave, including mobile, cloud, artificial intelligence and data science, and a consummate leader and driver of organizational health and growth. We are all excited to have him take on his new role as President of Rakuten Marketing.