Charlotte Blank, CBO of Maritz, Speaks to the Science of People 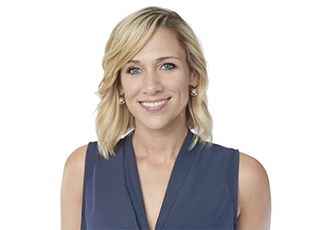 Charlotte Blank, Chief Behavioral Officer of Martitz, speaks to the “science of people” at the 2018 Rakuten Marketing affiliate network event, DealMaker New York.  Her keynote dives into how consumers think and behave on a conscious and subconscious level. Blank’s insight gave the attending advertisers and publishers tips on how to better connect with consumers in a landscape that is becoming more and more consumer-centric. This 45-minute consumer behavior lesson had the attending brands buzzing about the new ways they could implement what they had learned.

This keynote recap will review what Charlotte called “nerd nuggets.” These nuggets help brands understand the natural behavior of consumers as well as how these behaviors can be used as marketing techniques and strategies. 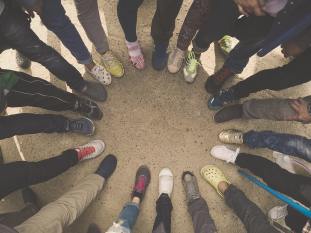 “We tend to base our behavior on what others are doing,” is the core message behind the behavior of Social Proof. Basically, this behavior is the silent impulse humans have to conform to what others are doing around them. Charlotte talks about how “fitting in” is something most all humans aim for and is what a lot of society, and rituals in that society, are based on. Here’s an example of what Social Proof is from Maritz’s site:

“You arrive at a party at an unfamiliar home. As you ring the bell, you rehearse the next few moments — explaining who you know, why you’re there, where you’ll place the bottle of wine you’re holding. Then the door opens, the hellos begin, and suddenly, there’s a powerful distraction. Out of the corner of your eye, you spot a pile of shoes in the entranceway — heels, dress shoes, boots. Immediately, your mind drops everything else, and now your most important task is pulling off your shoes before you take another step on your hosts’ immaculate floor. No words are exchanged. You know what to do because everyone else is doing it.” — This is Social Proof.

Furthermore, the behavior behind social proof can be used as a marketing tool of persuasion, specifically with the right kind of “nudging.” Charlotte encourages this nudging technique because it can influence behavior in ways other than just giving information. Information is still beneficial but advertisers can make bigger and better changes by taking part in an “everyone’s doing it” type nudge. Charlotte used a clever example during the keynote. She brought down the “please reuse towel” card and asked the audience how many reuse their towels. With many hands raised, she continued to explain how something so small like reusing towels can be used as a marketing technique. In fact, a hotel client specifically used a campaign slogan stating “people who stay here reuse their towels because they care about the environment,” nudging the viewers of this advertisement that those who stay at that hotel are those who care about a bigger cause. The performance of this campaign increased the number of bookings the hotel received due to its cleverly thought out nudging marketing technique aimed towards the Social Proof behavior. 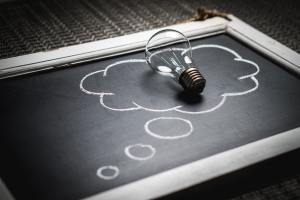 “We ‘anchor’ on the first piece of information we see” is the core message of Arbitrary Coherence. This social behavior is all about influencing the things that are on the back of a consumer’s mind. This is a pretty simple technique and Charlotte’s example explained it well — which was a study done on two separate groups attending an auction. For one group, the attendees were asked to think of the last two digits of their social security number while the other group wasn’t asked to think of anything at all. The group that was asked to think of their social security numbers ended up spending three times the amount than the group that didn’t only because a specific number was previously placed on the consumer’s mind beforehand. Charlotte says this can be a useful marketing tool to place a certain number or price in the back of a consumer’s mind before making a purchase. For example, a grocery store placed a sign next to a stack of soup cans that stated “limit of 12 per customer,” which puts a limit on a number that consumer will naturally want to fill up – Charlotte mentioned that this is also called a “magnetic cap.”

Another form of arbitrary coherence that is a beneficial marketing tool is what Charlotte called the “endowment effect.” This effect is where we ascribe more value to things we own, merely because we own them. Once we own something, losing it is hard; in fact, it’s been found that it feels worse to lose something than it does to feel good to gain something. If someone is to gain something, it needs to be worth twice as much than what they already have. For this behavior, marketers should leverage things like free trials because once a consumer has something, they typically don’t want to get rid of it. Other tactics that work well are things like “if you sign up now, you’ll receive (fill in the blank).  Perks and deals are a great way to get consumers to sign up or make a purchase so they don’t miss out on the opportunity of a good deal. 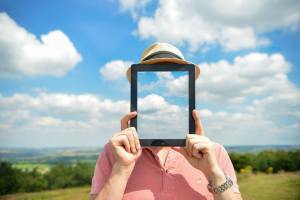 Have you ever found yourself becoming impatient while waiting at a bank teller’s window as they stare at their screen in silence? Or at a restaurant when your waiter hasn’t visited you for an elongated amount of time? That’s when the importance of “operational transparency” comes into play. Charlotte explains that what people pay for aren’t always about objective value but more about the effort that was put into what they’re paying for. For example; you were to hire a locksmith that was little newer in his craft and it took him two hours to fix a lock. Once he was finished, he asked for $200 and you gladly paid him. A few years later, you hire the same locksmith who is now more professional and experienced in his craft to fix the same lock, and this time it only takes him 15 minutes and he still asks for $200. Due to the time and effort he seemingly put in from the first scenario to the next, consumers will be more hesitant to pay him the same amount the second time because it didn’t seem to take much effort or time for him to fix the lock.

People are much more satisfied and willing to pay more when there is more transparency in the work going on behind the scenes. A good marketing example of this is a travel comparison site. While it’s processing a consumer’s request, it will tell the consumer, “now checking flights for Delta, now checking hotels in the area,” etc. This transparency creates a more enjoyable experience for a consumer because they know there is a decent amount of effort going into helping them find the best and cheapest vacation. Another good example of this is the pizza ordering apps that track the pizza being made, boxed, when it’s leaving the store and when it arrives. This little extra effort to give consumers transparency has proven an increase in better experiences for consumers.

Behavioral vs. Aspirational Self

Value Seeking is a tactic to ask consumers what they prefer as a customer. For example; asking a consumer what kind of rewards they prefer (cash, points, experience, etc). Giving consumers the opportunity to tell you what kinds of rewards they value will increase your relationship with them and also gives you a chance to cater to their behavioral side. Continually testing and studying what drives behavior (rewards, experiences, etc.) will result in consumers working harder to gain the reward of their choice. Value Seeking gets to the bottom of what consumer’s behavioral-self desires.

Not only is it important to ask consumers what they want, but what they want to be as well. Vicarious Goal Fulfillment speaks to the aspirational side of consumers. Charlotte used the example of when McDonald’s first offered the healthy option of a salad on their menu. McDonald’s recognized a large increase in sales once offering this product; however, the sales actually increased on burgers and fries. The healthy option drew in customers on the fact they “should” be wanting to eat healthy, even if they don’t actually end up doing so. Delivering options to appease a consumer’s aspirational desire to be a healthier, more intelligent, more driven, etc. person will grant a consumer to indulge.