Generation Z shoppers are starting to appear in the marketing landscape, and they’re using social media more prominently than other generations to help with their purchasing process. 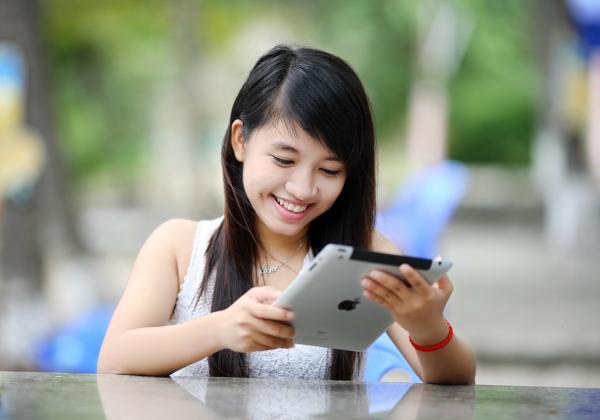 Marketing Land recently defined Gen Z shoppers as those born between 1997-2015, making the oldest Gen Z’er in their 20s. Gen Z is young and they’re connected, making up the highest percentage of total media audience at 26%, according to a Total Audience report by Nielsen released on July 12. This report focused on all forms of media, including television, radio, and mobile-based content. However, a study released on July 17 from Retail Dive highlights one of the most influential mediums for Gen Z shoppers: social media.

The study evaluated how much influence social media has on the Gen Z shopper when compared to other generations, and found that 80% of Gen Z was impacted by these platforms. Of the many platforms available to Gen Z shoppers, Instagram, YouTube, and Snapchat were the most impact. 44% of Gen Z shoppers said that Instagram was impactful in their buying decision, the most of any platform. YouTube was second at 32%, and Snapchat was third at 21%. Comparatively, half the amount of Millennials (21%) said Instagram had influence in their shopping behavior, with YouTube being slightly higher (22%) and Snapchat being far lower (11%).

Social media buying is a primary attribute to Gen Z. In a survey conducted by Social Media Week, it was found that 89% of Gen Z participants said Snapchat was the most valued platform for keeping in touch with friends, and half of those who were surveyed said that if it wasn’t for Snapchat they would feel disconnected from their friends. Additionally, 1 in 4 said that Snapchat was “essential to their relationships.” Interestingly, when Social Media Week asked about what types of content these Gen Z’ers enjoyed the most, they found that “day in the life” videos, “behind the scenes” videos, and “how-to” videos were all the top choices.

With social media being so influential for Gen Z’s day-to-day lives, leveraging content publishers and social influencers can help connect with Gen Z shoppers who are making purchasing decisions on their own (likely in college). This strategy could lead to more loyal consumers in the long term (for advertisers) and more devoted followers (for publishers) because they’re forging a strong connection with these consumers.

The content will need to be authentic, honest, and personalized. Looking at the content that Gen Z’ers enjoyed the most, a common pattern reveals: there’s always something with a real feel (day in the life and behind the scenes), or an educational and personalized aspect (how to videos). Advertisers should be partnering with content publishers and influencers that can build a connection through those values. For example, a fashion influencer would connect with a Gen Z follower by showing how a dress looks as she models it herself, or talks about how she styles her hair using specific hair products. While this is similar to how Millennials behave and shop, it is important to be mindful that Gen Z puts a much heavier emphasis on social media.

You shouldn’t just limit yourself to social media interactions, however. Your content strategies can also be expanded beyond social, especially when it comes to promoting products and brands visually. For example, as a content publisher you’ll want to establish authenticity and personalization within your visual content while ensuring those visuals are well laid out on a page. Using tools like Curate can help you keep those visuals organized and focused so that, if you are promoting a specific product, you can use Curate to create a gallery of your photos that incorporate the product or brand in some fashion. Likewise, advertisers looking to promote specific products for Gen Z can use the new Multiple Product Feeds tool to create generation-specific categories for publishers to leverage on their social platforms.

While this is similar to how Millennials behave and shop, it is important to be mindful that Gen Z puts a much heavier emphasis on social media. That means that while you can diversify your campaigns across multiple content publishing channels if your focus is Gen Z you’ll want to evaluate how much social media plays into a content publisher’s particular strategy.

Gen Z is a rising consumer group, and we’ll be focusing more on these trends and behaviors in the coming months to help ensure your marketing strategies are ready not only for today’s shoppers but for future shoppers as well.