Learn how to build an effective Mother’s Day marketing strategy in the affiliate marketing channel with projections and a look back at Mother’s Day 2016.

Mother’s Day isn’t just critical to your Q2 strategy, it’s a cornerstone of your overall marketing efforts in the calendar year. A study by eMarketer recently showed just how big Mother’s Day was in 2016: it was the third biggest holiday by total consumer spending, behind back to school shopping and the winter holidays. 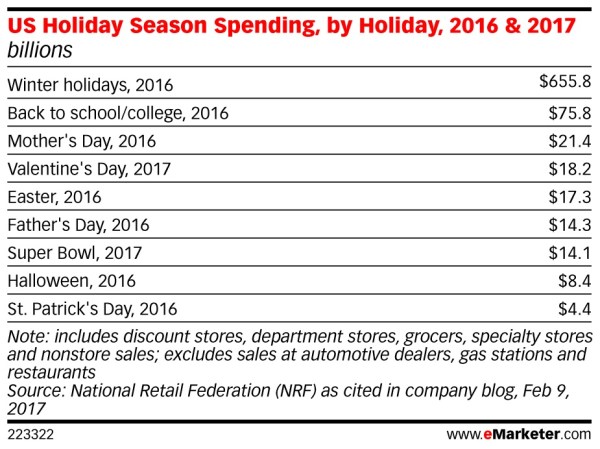 According to recent trends released by the National Retail Federation, Mother’s Day is expected to reach record sales numbers this year with $23.6 billion dollars spent on mothers, up from $21.4 billion in 2016.

In anticipation of Mother’s Day 2017, here’s everything you need to know to build your affiliate marketing strategies, whether you’re a publisher or an advertiser.

The Popular Products and Verticals for Mother’s Day

eMarketer evaluated what the most popular product categories would be for Mother’s Day this year, as well as how much consumers planned on spending. Products like greeting cards, flowers and clothing or accessories were, unsurprisingly, at the top of the list for gifts people were planning on purchasing for mothers. Interestingly, eMarketer noted that consumers planned to spend the most amount on jewelry for moms this year at an estimated $5 billion dollars, with special outings such as a meal or activity coming in second ($4.2 billion) and flowers ($2.6 billion) coming in third. 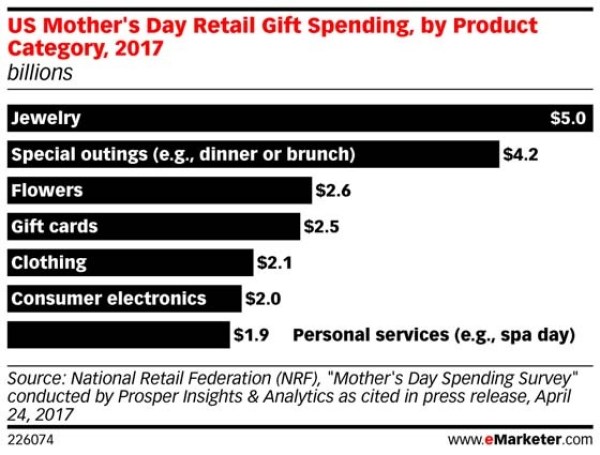 These come as no surprise. Department Stores can blanket a wide array of products for shoppers to purchase for their mothers, from cards to beauty products to clothes. Apparel & Accessories, Beauty & Personal Care, and High-End/Luxury Stores highlight popular gifts for mom from new clothes to nice jewelry. And of course, flowers are the perfect complement for any gift.

Although these verticals had the highest amount of orders by numbers, conversion rates showed another side to the story.

As shown in the graph above, Flowers were the highest-converting product vertical during the Mother’s Day shopping season at a 15.23% conversion rate, despite only being the fourth-highest product vertical by orders during that same period. The only other vertical in top five for orders was Beauty & Personal Care, which had a 5.65% conversion rate. Health & Wellness (8.23%), Gifts (6.96%), and Children (6.91%) all had strong conversion numbers. Health & Wellness products such as fitness bands or certain food/cooking products, Gifts such as personalized products, and Children’s products (so mothers can enjoy doing something with their children) are all great examples of why these categories performed so well during this time. These types of products should be considered by both advertisers and publishers to promote for special offers during Mother’s Day.

Although Sub-Networks (.96%) and content sites had lower conversion rates, they still play an essential role in your marketing strategies. These sites can be used to inform customers what different gift options are available, how consumers can find great deals during Mother’s Day, and what shoppers need to be aware of if ordering certain products such as flowers or fitness bands.

The top shopping days for mother dearest are the Monday and Tuesday leading up to Mother’s Day. Tuesday had the highest amount of total orders in 2016, but Monday was almost as high. This could have been for a few reasons: certain products, such as flowers, need time for delivery otherwise the shopper could incur higher delivery charges as it gets closer to the date; some products may be sold out because of their popularity not just for mothers but in general; and some products (such as personalized gifts) need time to be personalized and created.

When considering a marketing plan, you’ll want to consider this timeframe as an opportunity to push out additional offers, promote extra benefits to purchasing now, or simply warn the customer that time is running out and they’ll need to start moving on their decision.

Additionally, you’ll also want to consider which devices performed best for Mother’s Day shoppers. Last year, PC shoppers converted highest at a 6.12% conversion rate. Tablet was second at 4.73%, and – surprisingly – mobile was third at 2.39%. One thing to consider is that, after the strong mobile performance during Black Friday this past holiday season, we could see more sales tilt towards the mobile platform.

Using these data points to formulate a winning affiliate marketing strategy for Mother’s Day 2017 is critical. Be sure to meet with your account representatives to learn about or promote deals that are specific to this critical holiday in Q2!