Influencers’ ability to connect with customers is huge – and extremely beneficial to brands.

Though the idea that influencers can generate more engagement with customers doesn’t come as much of a surprise, the numbers show just how significant an influencer can be to a brand. eMarketer analyst Nicole Perrin noted in the article that “consumers have always been more likely to engage with other consumers than with brands”, noting an important distinction in how influencers are perceived. Customers don’t see influencers as spokespersons for a brand, instead, they view them as members of their community who are offering a perspective that can be trusted. In other words, the perspective of an influencer resonates with consumers. 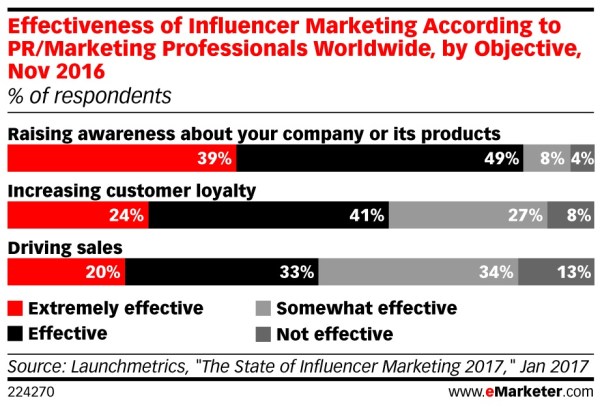 This study provides data-backed validation for why influencers are so critical to the affiliate channel: influencers can connect with customers in ways a company simply cannot.

Influencers are becoming more important to a customer’s path to purchase. Customers rely on influencers to act as experts on whatever it is they’re looking to purchase or invest. This is a quintessential aspect of being a successful influencer, as shown by several studies. A recent study from eMarketer on influencers that work with luxury brands examined what the most critical influencer attributes are. The study found that being a thought leader and participating in discussions was considered the most critical attribute, followed by the ability to dictate conversation and sway opinions. Influencers address these attributes this by sharing images and videos of products, writing reviews, and sharing their perspective. 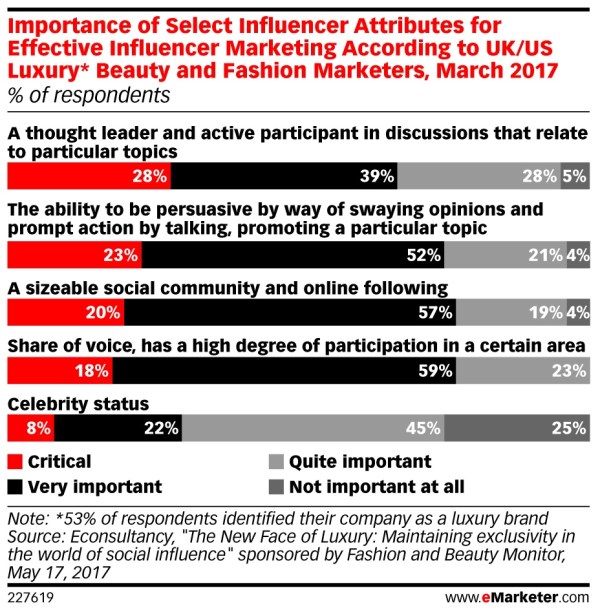 What makes an influencer different, however, is the way in which they do these things. They’re not relying on stock pictures of a product, or recycling product/brand talking points to share with a follower. Instead, they’re telling their own stories, sharing their own images, and highlighting why this product/brand works for them – as well as how it can work for their followers.

When an influencer promotes a product or brand, they’re doing so in three ways that resonate with their followers. This method can be remembered by the acronym “APP”, which stands for:

The value that influencers have on a marketing campaign are clear, and the results show that people connect with influencers in ways that brands simply can’t. It’s a multipronged effort to reach customers, but brands who leverage influencers can drive more awareness and develop deeper loyalties than their own social media efforts could hope to attain, as highlighted by the recent eMarketer article. This is great news for advertisers to be on the forefront of as Q4 planning is currently underway and the holiday season is looming on the calendar’s horizon.

For more information on influencers, check out some of these other blog posts!