Luxury retailers are facing a challenge to adapt to consumer behaviors as the shift in retail continues its path towards e-commerce rather than in store shopping. This in-depth analysis of luxury shopping trends shows what current luxury brand shoppers are doing, what brands and publishers should watch for, and what to expect during the 2017 holiday shopping season. 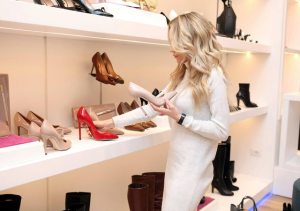 Luxury shoppers are no longer the small group of people who live a completely-lavish lifestyle. Today, shoppers are diverse in many aspects such as age and income. A brand may not mean “luxury” as much as a style or look does. Aside from the definition of “luxury” varying to each buyer, the needs of experiencing merchandise (touching and trying products on in person) is not as strong as it once was. Today’s consumers will go far beyond the immediate reach of nearby brick and mortar stores. Shoppers are willing to buy online from retailers across the country, and even shop international, to get the look they desire. This has led to a demise of brick and mortar sales, as well as an opportunity for luxury retailers to capitalize on digital growth as the entire sector of e-commerce, continues to boom.

In December 2016, a report from Euromonitor and cited by eMarketer showed an increased compound annual growth rate of 8% for digital versus just 2% for brick and mortar luxury sales. Additionally, the study also shows that digital purchase will make up 25% of personal luxury goods sales in 2025. What’s more, the same study concluded that April of 2017 showed 70% of total luxury buys were influenced by at least one digital interaction. This concludes that although not all shoppers are converting via online purchases, their purchases are being driven by promotions and brand awareness on the web.

Not only is there a shift in where consumers are shopping, but there is a larger number of millennials who are becoming prominent in this retail sector. By 2025 Millennials are predicted to make up 45% of the global luxury goods market. Deloitte concluded that digital channels make up 42% of luxury purchases among millennials. This is due to their technological advances of constantly being plugged into their phones and tablets, as well as the willingness to express themselves and shop by look rather than brand, while defining what “luxury” means to them.

Due to this shift in age within the vertical’s demographic, luxury shopping is becoming less brand and status focused than it used to be. Like the average shopper, luxury buyers are swayed more with convenience and low prices which are offered more frequently through online shopping versus in store. A study done by Business Insider showed that last year, luxury brands overspent on print media (with the majority of money spent going to magazine ads) during the critical holiday season.

So where does this leave high-end retailers when consumers are self-defining the meaning of luxe, and exploring innovative ways to find goods? Luxury retailers need to shift their spend into digital media and get in touch with younger shoppers by engaging with them through various channels. With the holidays around the corner, it is crucial for brands to begin these shifts if they haven’t already. Advertisers should be focused on maintaining and possibly stealing more market share and brand recognition amongst competitors.

Holiday Shopping Trends: What to Watch For

We have seen a year over year shift in traffic share from publishers within the Rakuten Affiliate Network with whom retailers are optimizing with throughout the holiday season. While shopping sites used to make up a majority of traffic coming from the luxury consumer, there has been a decline year over year. In 2015 the shopping category made up over 38% of traffic in the luxury space, and dropped to only 30% in 2016. This consumer that once focused on shopping sites shifted to the influencer vertical, as well as sub-networks and deal sites.

We can see a clearer shift month over month in Q4 during 2016. In November, where many shoppers convert, according to the National Retail Federation, buyers were looking for the best bang for their buck.

Deal sites made up most of the overall holiday shopping traffic for luxury brands at about 32%, which is almost 11% higher than 2015. According to a podcast with The Wall Street Journal, retailers are finding that their affluent shoppers have had enough of the price climbs and would rather find a deal. Shoppers are becoming more deal focused when shopping ever since merchants began raising their prices upwards of 9% per year about a decade ago. Furthermore, other merchants are coming into the space giving the consumer more options, more competitive pricing, and more internet exposure to compare products and price tags.

Throughout December we saw slight change year over year, however, most of our growth was found in the influencer and content publisher type. Looking at January, we saw consumers were browsing on shopping sites more, which held about 40% of the overall traffic from the luxury vertical, followed by sub-networks making up about 22% of the traffic, and deals site still being prominent with 17% traffic share.

What Luxury Brands Can Expect in the 2017 Holiday Shopping Season

Looking ahead at the upcoming holiday season, eMarketer expects US e-commerce sales to continue their growth, climbing up 16.6% while foot traffic continues to fall in store. Retailers must have a strong playbook for the holiday season as early as possible. According to the National Retail Federation, more than half of the surveyed shoppers began research in October or earlier. Although their research was just the start of their end purchase, nine out of ten said something convinced them to complete a purchase they were hesitant about, and more than half of them purchasing a recommendation from the retailer online.

One way consumers can gain ground in the marketplace, is by optimizing via mobile opportunities, specifically smartphones, in order to captivate more consumers, and a younger demographic. Smartphone commerce is expected to rise by an estimated 57.8% in 2017 overall. Many publishers have these opportunities within their media kit for retailers to take advantage of, such as Ebates, and RetailMeNot. There are ways to still optimize with sites as a luxury retailer and remain brand conscious, which is a concern for most luxury advertisers. Brands can keep their cash back low and still have a presence on sites with paid media. Focusing on specific placements or sections of sites, such as the Ebates Luxury Collection, will help a brand gain exposure without potentially losing sight of brand sensitivity.

As the consumer demographic continues to change, and the world of online shopping evolves and progresses, now more than ever, luxury retailers need to define where they belong within the shopping landscape and adapt to stay afloat with the competition.

Jacqueline Fratini is an Account Specialist for the Rakuten Affiliate Network. After working in the fashion industry, Jacqueline wanted to branch out into the digital e-commerce world due to her interest in consumerism, leading her to Rakuten Marketing. Working with luxury clients and having a passion for writing brought her alongside the content marketing team at Rakuten to contribute to articles. Jaqueline holds a dual degree in Retail Management and Supply Chain Management with a concentration in Digital Retail Strategy from Syracuse University. She is based in New York City.