Case Study: Late Holiday Shoppers – Everything You Need to Know for Late-Season Success

Black Friday and Cyber Monday have come and gone, but the shopping season is just getting underway. In this case study, we take a look at the post-Cyber Week holiday shopper, dispel myths about them, and highlight what you should be doing in your affiliate efforts to meet their late shopping needs. We also sat down with FreeShippingDay.com (SID: 2050819) to get their expert insights on the one thing late holiday shoppers love most: free shipping.

When we think of the shopping season, two types of shoppers come to mind. The first is the early shopper, who’s finding sales on the products they want and takes full advantage of Black Friday/Cyber Monday offers. The second is the late shopper, who we think of as skipping all the early season deals only to frantically start shopping days before Christmas. We think of them as procrastinators, resorting to bottom-of-the-barrel pickings from leftover inventory after the popular gifts have long been bought up. 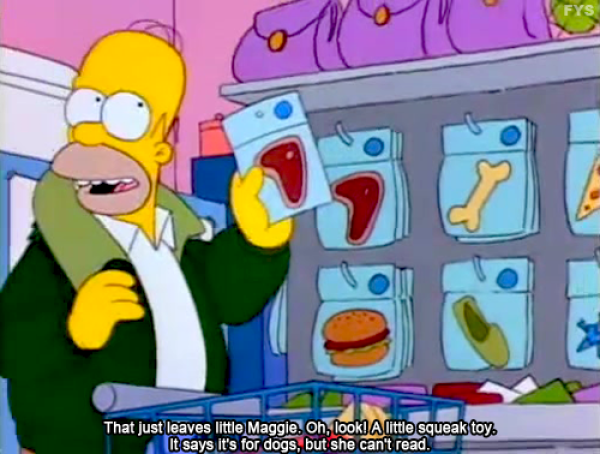 But is this an accurate assessment? In this case study, we’ll separate some of the myths and facts surrounding late holiday shoppers. You will learn how holiday shoppers think and strategize their budget, what they value most, and the benefits they can bring to your affiliate effort.

You might think of the word procrastinator to describe late holiday shoppers, but a majority of these shoppers would disagree with you. In fact, according to a National Retail Federation report, only about 20% actually admit to being a procrastinator when it comes to holiday shopping. This begs the question of just what are the other four out of five shoppers doing?

As it turns out, most holiday shoppers are savvy. They know about the big savings on Black Friday and Cyber Monday, but most believe they can find better deals when the frenzy of sales slows down and retailers are looking to make up lost ground. In a study conducted by Deloitte, 43% of consumers plan to shop late, and 40% don’t even bother shopping during the November sales frenzy – they wait until December.

Some of the reasons for their patience and willing to try and outmaneuver retailers comes from a couple key areas, according to the NRF. In their study mentioned above, the NRF found that 44.8% of shoppers were still trying to decide between gifts, weighing the pros and cons of each item on the list for Santa. 28.8% said they were waiting because there just simply wasn’t enough to go off of from the ideas their friends and families had given them, and they wanted to wait longer to see if more ideas would come up late. Finally, 22% said they are still waiting for the best deals, unconvinced that Black Friday and Cyber Monday was truly the best and all these retailers had to offer.

Who are the Late Holiday Shoppers?

So, who are these late shoppers? Are they deal-seeking Millennials, looking for deals to fit their holiday budget? Are these shoppers parents, grandparents, and relatives, all shopping for children? Are they some entirely untapped market? It may be all of the above. According to experts Morganne Pace and Kendal Perez from FreeShippingDay.com, a publisher in the Rakuten Affiliate Network (SID: 2050819), these late shoppers come in all shapes and sizes.

“It’s kind of everybody,” Pace answered when asked what type of people are late shoppers. “They could be the main shopper in a household who didn’t get everything done; they could be the type to try and wait out sales; it could be college students who were caught up in exams and finals and didn’t get around to starting their shopping until after the semester ends…it could be anyone.”

That means that any and all types of advertisers are in play when it comes to late holiday shopping. Electronics, clothes, personalized gifts, jewelry, luxury brands – no matter what your vertical is, there’s a late shopper out there looking for your product.

Online shopping has created an entirely new highway for holiday shoppers to access up-to-date inventory, compare prices, stack offers, and take advantage of programs that previously couldn’t have been possible.

There’s little surprise that consumers prefer online shopping over any other avenue. In a 2016 holiday survey by Deloitte, 35% of shoppers said they prefer shopping exclusively online, more than any other shopping channel (in-store got only 29%, and both online and in-store got 31%). Additionally, shoppers plan to allocate an equal amount of their budget to online shopping versus in-store shopping (47% each).

When considering this with the above point about late shoppers, a picture starts to form about what the consumer is looking for and what they’ll expect out of their experience. They’re waiting for the best deals, and they don’t have to go far to find them – their mobile device or desktop will do good enough. They have the freedom to quickly shop from store-to-store, compare prices, and make the most informed, sensible choice given their budget, interests, and needs. And when they’re ready, they make their purchase.

But there’s a problem with that.

While online shopping has many benefits that shoppers prefer, once they buy the product they have to wait for the product to arrive. Since only 43% plan on doing in-store pick up this season according to Deloitte, a majority of shoppers will be relying on delivery to come in time for the holidays.

This can cause problems for retailers and shoppers alike. Back when online shopping was still in its infancy there was a bit of a gamble component to buying something online. Shopped expected their products to arrive by a certain time, but the guarantee wasn’t there and the shipping costs varied to try and get it earlier or later.

These days, online shoppers are spoiled by what is commonly referred to as the “Prime Effect” – they expect to pay less for shipping and believe they can order products later in the season and still have them arrive by Christmas Eve. A staggering 64% believe they can order a product after December 17 and still have the product arrive on time without paying for shipping.

“88% of consumers said they would shop online with free shipping,” Perez noted, drawing a parallel to research that shows that 88% also don’t want to pay anything for shipping when they shop online. “[Advertisers] tend to think of free shipping as coming with a minimum order [to help cover costs],” Perez continued, “but we try to push for one further because shoppers have orders that might be small but will be turned off by having to pay extra on an already inexpensive order.”

Meeting the Needs of the Late Shopper

Late shoppers want their products delivered to them by Christmas, and most of them don’t want to have to pay a dime to get the product delivered. These aren’t shoppers that are hoping the product stays in stock and that they get their hands on it, they’re expecting that it’s available and it gets delivered. This is a major shift from the shopping images we’re all familiar with during the holidays: parents fighting each other to get the most popular item, grabbing it out of one another’s hands, frantically trying to beat the winding clock as the holidays come closer and closer.

In order to meet both these needs, advertisers and publishers need to be ready to meet the demands of these shoppers. Offering free shipping is a great way to get their interest, but being able to guarantee the arrival of the product by the holidays will help captivate the late shopper’s attention – and possibly their business.

Focusing your efforts around these late shoppers can be met in a number of ways. Free Shipping Day is a great way to meet that need. The holiday arrives on December 16, and is designed to hit all the major points of the late shopper: it gives a clear shopping deadline, the “free shipping” incentive, and alleviates the concern of delivery by the holiday.

“Trust is crucial during this time of year,” said Pace. “We really stress that guaranteed delivery by December 24 to our shoppers.”

“The customer is more trusting now than they were five years ago,” added Perez. Perez highlighted that consumers really seek out those promises of free shipping and delivery, noting that “more likely to shop with retailers who are really clear regarding their shipping policies.”

Getting the interest of late shoppers comes from two key areas: promising delivery and promising free shipping. But, is there any benefit to offering these services? After all, if most consumers are shopping later in the season, won’t they be more willing to pay for ‘whatever it takes to get the product delivered’?

As it turns out, there are plenty of benefits – and reasons – for offering these services.

The Benefits of Late Shoppers

Late shoppers are just as essential to your holiday strategy as those that wait out in the cold on Black Friday or sit by the computer and refresh regularly on Cyber Monday.

First and foremost is the focus your brand will get by participating in events that cater to late shoppers, like Free Shipping Day.

“There’s tons of media and PR that surround an event like [Free Shipping Day],” Pace noted.

Perez agreed, adding that the exposure helps brands big and small. “Small retailers have the additional PR benefit by being associated with bigger brands who are participating, giving late shoppers more awareness of brands they might not have initially thought to look to.”

Perez added that, since FreeShippingDay.com’s first campaign in 2010, participation has grown from 250 merchants to almost 2,000.

Of course, one of the biggest reasons to participate in these late shopper events has to do with the boost it can give your Q4 sales. Pace and Perez both agreed that these promotions can provide additional lift to advertisers at the end of the calendar year they may not see if they were to skip participation and hope a consumer finds them late in the shopping season. The one day alone, according to Perez and Pace, was a billion-dollar shopping day in 2011.

Lastly, the participation is free. According to Perez and Pace, just participating is a cost-effective way to keep your brand awareness high late in the shopping season, capture additional exposure, and even get customers to convert – all from just offering free delivery and guaranteed December 24 delivery.

It’s Not Too Late: Next Steps

Don’t let the passing of Cyber Week deter your holiday efforts. If nothing else, now’s the time to double down and make the push for these holiday shoppers. After all, there are a lot of them and they’re still looking for great deals.

Advertisers should continue to promote great deals that entice and convert customers. Work closely with publishers and target your deals accordingly. Keep free shipping in mind. Publishers should not look to ease up on their publishing strategies. Keep promoting new deals and trying to reach the late holiday shoppers.

Want more information on FreeShippingDay.com? Click here to partner with them, or click below to visit their site!