When one of the most recognizable names in luxury brands looked to boost their affiliate sales, Rakuten Affiliate Network Account Manager Tucker Erickson suggested an alternate to scaled reimbursement to a publisher – paid placement advertising. The luxury brand, in partnership with a publisher that catered to their audience, decided to focus on two, one-day campaigns for high discounts that would capture the attention of customers.

Paid placement advertising differs from other forms of campaigns in affiliate marketing. The advertiser pays the publisher a flat fee up front in exchange for premium placements on the publisher’s site, newsletters, social media posts, and more. Since the money for a paid placement is paid in advance, Erickson notes that many advertisers are initially nervous about the idea.

“They [advertisers] sometimes don’t see the value in putting money upfront,” Erickson explained. “They’re worried that they may not get the placements that convert, or that they won’t recoup as much as they would have [through other methods].”

So what was the result of these placements? Were the concerns valid?

“The advertiser saw a record-setting sales day during their paid placement campaign, the second highest in company history.”

“Paying for What?” Paid Placement Misconceptions and Concerns

Hearing a success story about a top luxury brand having a record-smashing day in sales because of a paid placement can conjure two conflicting thoughts simultaneously for advertisers: “I want that kind of success for myself and my company” and “there’s no way that paid placements are right for our company.” 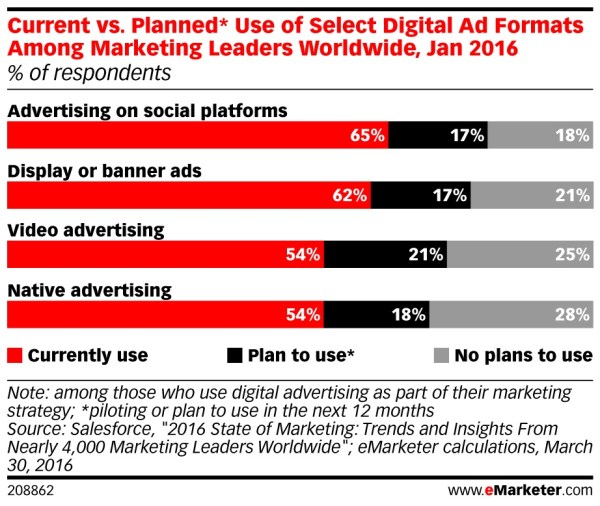 It’s no surprise – as the chart on the left shows, advertisers have been planning to use more advertising that could easily fall under “paid placements.” The latter of these two thoughts above, however, stems from misconceptions associated with paid placements. According to Erickson, two of the most common misconceptions are the scope of purpose that a paid placement has in marketing, and the idea that a flat fee for a paid placement will make publishers “less motivated” to ensure the campaign is successful.

The “scope of purpose” misconception stems from advertisers believing that paid placements aren’t for them because the placement focuses more on branding, rather than driving sales. This is false: paid placements not help build brand awareness, but they can also be used to drive sales – and are very effective in doing so. If you have a special event that requires people to learn about and react to quickly (such as a one-day only clearance sale or flash sale) then a paid placement is highly effective at generating awareness.

The idea that publishers would be “less motivated” to see the paid placement succeed because of a flat rate payment (instead of commission) is also inaccurate. As Erickson points out, these paid placements are how publishers – particularly content publishers – make their livelihood. They wouldn’t be able to make that living for very long if paid placements on their platform are continuously unsuccessful. According to Erickson, publishers will work hard to ensure those placements meet the goals that the advertiser has laid out for them.

Despite these misconceptions that advertisers might feel towards paid placements, there are some valid risks that both advertisers and publishers alike recognize.

While the advertiser risks marketing dollars, the publisher risks a marketing reputation. Paid placements are one of the largest revenue streams for publishers of all types of publishing models. The flat fee versus commissioned reimbursement from sales helps the publisher continue to run their site, but they’ll only be able to earn that flat fee if they help their advertisers meet sales goals and provide a strong enough ROI. This means publishers will work with advertisers to ensure that the placement is one made strategically by reaching target customers that the publisher can help them reach, promoting the placements in a way that resonates with customers, and, if the placement doesn’t work out, offering a way to “make it right” to the advertiser to make up for the unsuccessful placement. Bottom line: the publisher doesn’t want to anger the advertiser, and they’ll be honest and upfront about how realistic the paid placement chances of success are.

ROI, Exposure, and Investments: The Benefits of Paid Placement Advertising

The “doom and gloom” perspective of the risks above don’t negate success stories like the one at the beginning of this case study, or the ones you can find for yourself. Even if you don’t have a “record smashing day” as an advertiser with paid placements, there’s still plenty to be gained by investing in a paid placement strategy.

First and foremost, the ROI can be tremendously high because of the fixed cost that the paid placement model utilizes. Rather than having a return that scales with each converted sale from a publisher, the paid placement model can yield exponentially higher ROI percentages because of the flat fee model. In other words, once you’re in the black, your success just keeps on growing.

Another great aspect about paid placements is that the more you invest in a paid placement, the more likely you are to hit that high-percentage ROI. High profile placements mean more bang for your buck, according to Erickson – this means buying placements on a publisher’s homepage, getting solo newsletters sent out from their mailing lists, and the opportunity to push for social posts are all within the realm of possibility.

“If you have a great deal, you’ll want people to see that,” Erickson reiterates, “and you’ll want to invest in that offer. Paying for that focus on your special offer is what makes the difference – and the better your offer is, the more likely customers will respond to it.”

“Paying for additional placements can not only increase the visibility of the deal, but also the potential ROI, since more exposure can lead to more conversions.” Additionally, Erickson noted that these placements are all an open conversation – there is no set in stone value, and publishers work on a case by case. However, the bottom line message is clear: you’re offering a great deal for customers, so invest to make sure they see it and shop it.

Finally, one advantage with paid placements, especially in the affiliate network, is that your opportunity to work with publishers means you’re working with customer experts. These publishers know who their visitors are, know their likes and dislikes, and know how to present something to their visitors that turns them into customers. That’s why publishers work hard to ensure advertisers understand who they’re working with, what they should expect, and – most importantly – they work to understand what the goals of the advertiser are and are honest about the expectations.

A publisher doesn’t want an advertiser angry at them because they missed the mark, so publishers work extra hard to be honest and upfront about expectations. If an advertiser has a certain goal and a publisher knows that it won’t be hit, they’ll be honest about that before the deal goes through and help the advertiser try to model their goals to something that will help both parties be successful. It’s not about turning away money or a lack of motivation, rather realistic expectations on both sides and ensuring that their reputation as a reliable, honest publisher is protected. Of course, account managers have a role to play in this as well, but it all comes down to honesty about the goals and communication of the expectations. As long as both of those are met, the risk of running a paid placement campaign is tremendously mitigated.

What to do Next: Paid Placement Advertising Best Practices

There is no such thing as a “one-size-fits-all” solution for paid placements, nor are there “shortcuts to success.” Spending an entire year’s worth of a marketing budget on a paid placement campaign with a publisher that doesn’t have an audience that will be interested in your offer is just as ineffective as trying to cut corners. Paid placement advertising success will be a brand-by-brand case, but according to Erickson, there are guidelines you can follow to develop success.

If upfront cost is intimidating, approach paid placement advertising with a hybrid model. The hybrid model helps offset that initial cost so that the advertiser will be able to get the placement while the publisher still gets a portion of the flat fee. The way the hybrid model works is that the advertiser offers an increased commission rate (from the standard commission rate) in exchange for a lower flat fee, so if the placement does well the publisher will make up for the lower flat fee cost.

“If a publisher is negotiating five thousand dollars for a placement, but that’s above your immediate budget, don’t be afraid to come back with an offer of three thousand and a higher commission percentage,” Erickson advised. “It helps offset that initial cost so you (the advertiser) will be able to get that placement, while the publisher still gets some of that flat fee. Everyone’s happy that way.”

However, try to avoid using a cost-per-click (CPC) for compensation when negotiating paid placement advertising. This can get wildly expensive because the click does not guarantee a sale, but the advertiser will still be on the hook for paying for those clicks – regardless of what they yield. Instead, focus on conversion or a cost-per-acquisition in your hybrid model instead. 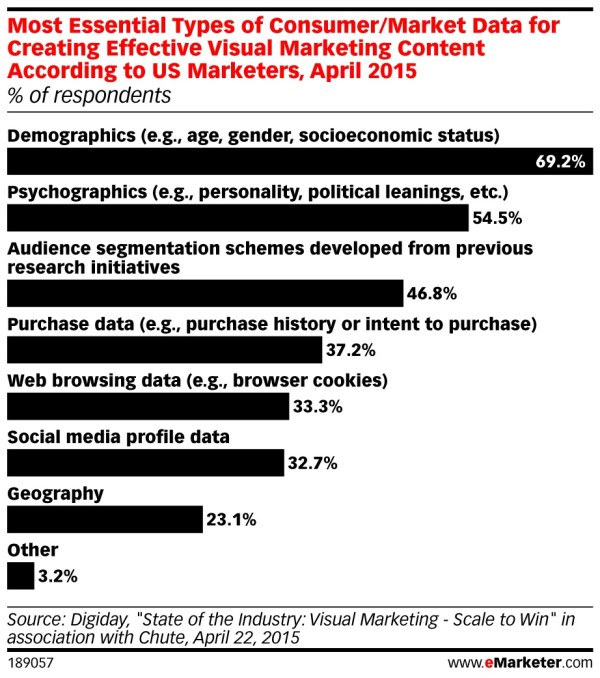 Be sure to bundle things when negotiating a paid placement with a publisher. Social media posts, newsletters, premium placement, or even additional time on the placement are just a few things you can negotiate to have bundled into your paid placement deal with the advertiser. Doing so can be highly beneficial to the success of your placement – and save you quite a bit of money.

Be sure to keep everyone involved. From the publisher to your account manager, make sure everyone is on the same page. Being upfront is crucial for both publishers and advertisers alike, and details like target audience, ways they can be reached, goals for the campaign, and more are all critical to share. This helps publishers be honest with advertisers, and advertisers clear with publishers.

Publishers are experts on their audience – they’ll know how to reach them. Consider the chart to the right as a great example of all the variables that must be factored into reaching a specific audience with a paid placement advertisement. If you, as an advertiser, are approaching a particular publisher, you’ll want to get an understanding of who their audience is and what that audience values. Advertisers and publishers should work closely on understanding what the advertiser is offering, and how the publisher’s audience will receive that. Likewise, if a publisher feels that an advertiser’s offer isn’t right for their audience, the publisher should/will speak up. (Click the picture to enlarge.)

Know what offers to invest paid placement advertising with. Paid placement advertising can provide a great boost in sales and a high ROI…if the deal is appealing. If you have a great deal, you’ll want to invest in promoting the offer so customers will be aware and take advantage of it. Exclusive offers, clearance events, and flash sales are all breaks from standard offers, and will grab the attention of customers and encourage them to shop because of the high discounts and a short window of opportunity they’ll have to take advantage of these deals.