You may know what to do when things go bump in the night, but what about when the FTC comes knocking? Find out what scary movies teach us about FTC compliance and disclosures in this blog post! 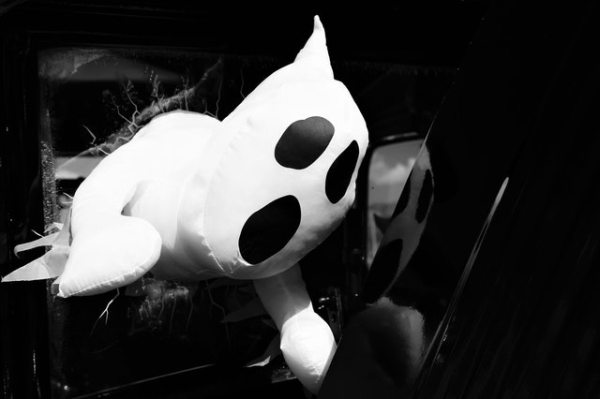 Note: As always, this blog post is not meant to be legal advice, nor is it meant to help you survive paranormal activity or monsters from classic horror movies. Use this article to get a better understanding of the current FTC landscape and start having conversations internally about what you need to do. If you have any questions, please consult a lawyer or reach out to the Rakuten Marketing Brand Quality and Regulatory Compliance Management team for additional help!

There are many life lessons to be learned from scary movies, ranging from “don’t keep living in the clearly-haunted house you just moved into” to “that noise you heard downstairs that isn’t a person can definitely be investigated in the morning.” However, many of these lessons can be reapplied to your own marketing strategies. More specifically, these movies can teach you to survive your own horror situation – violating FTC compliance and disclosure guidelines.

We consulted with our Brand Quality and Regulatory Compliance Management team to learn about some of the most important compliance trends going on for marketers right now, then we consulted our resident scary movie expert to combine the two. The result: your scary movie survival guide when the monster (FTC violations) comes looking for your program.

There’s always one character in the group of protagonists in every scary movie who, seeing the bodies start to drop early, says confidently ‘there’s no way it’ll happen to me!’ Maybe Freddy Krueger has already offed three characters, or maybe Jason Voorhees has been lurking in the shadows. No matter what the situation, this character is convinced they’re safe because the idea of this phenomenon happening to them is crazy. Usually they’re not even convinced anything weird is happening at all, and try to rationalize it away!

These are typically the characters who don’t last long in scary movies – and for good reason. Them being convinced they’re safe puts them in the monster’s sights, and that gets them caught unprepared and unprotected.

Surviving the FTC Scary Movie: Many influencers will assume that they’re doing enough, or that the FTC won’t bother dealing with them. Essentially, they know that there might be something out there looking and watching, but that it won’t bother them because they’re not significant enough. This is exactly how influencers will end up violating FTC guidelines and getting slapped with warnings and fines. Even recently we’ve seen changes to the FTC – they’re now going directly after influencers. The first instance of this was recently settled, but it won’t be the last and now the FTC has presentence for how they would target individual influencers directly. If influencers want to survive, they need to know that these are real expectations and can be real threats if they’re not compliant. 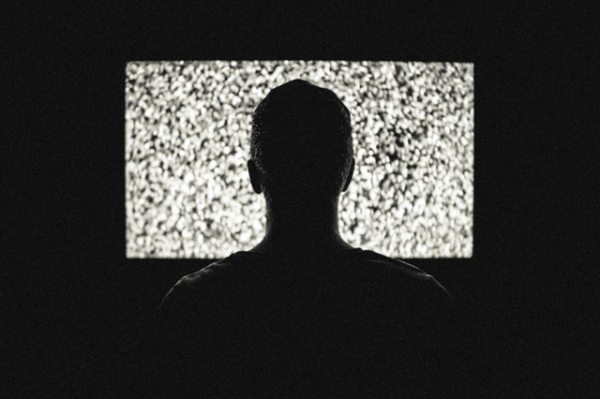 When dolls start moving on their own, books are getting flung off their shelves, and things are going bump in the night, there’s no doubt that a poltergeist is present in the house. The heroes may try to rationalize away the malevolent spirit, but once the Ouija board starts moving on its own, it’s time to call in a professional. Most heroes try bringing in the police, sometimes they’ll call an exorcist, but in every instance, the heroes make the mistake of not explaining what’s going on. They talk about doll they find in different places with the knife and the person they’re talking to says “well maybe one of the kids did that” as if that’s any better. When they mention the radio that turns on by itself and the voices of the dead come through, it’s “well sometimes older radios do that.”

The heroes seem deserted, and all because they couldn’t clearly explain what was going on. If they had just cut right to the chase rather than dance around the subject they’d probably shave a good 45 minutes of movie time but they’d solve the problem a lot quicker too!

Surviving the FTC Scary Movie: Brands and publishers alike need to make sure they don’t let potential problems infest their marketing efforts by ineffectively communicating their disclosures. Everyone should be able to understand right away what the situation is – namely, if the content they’re looking at has a material connection to a brand or not. Ineffectively communicate this and the FTC will come down on you, whether you’re a brand or a publisher. Save yourself by making sure people understand right away that the content is sponsored. For more information, you can check our blog posts on this topic for advertisers and publishers.

3. Remember the One Thing You Wouldn’t Think of That Works

This is a scary movie classic – in the final standoff between monster and man, the heroes come equipped with the weapon they were told would slay the monster for good! Mustering their courage and might, they lung and make a direct hit with the monster only to find it did nothing! They fall back, panicked and knowing they’re about to meet their fate, when suddenly the monster rears back in agony!

It turns out the random item the heroes found earlier in the hidden layer beneath the haunted crypt that served no purpose was the real monster slayer. They wouldn’t have thought of it, but through divine luck that seemingly nonsense item was the key!

Surviving the FTC Scary Movie: They may not know it, but brands and influencers should heed a very powerful tool that the FTC has said might acceptable for disclosures on social media platforms – hashtags. Using a hashtag with proper disclosure language such as “promotion” or “sponsored” could be enough to do your part with FTC compliance. Using this is simple, effective, and already in your toolbox as an influencer, and it’s commonly known if you’re a brand, so be sure to take advantage of this!

It’s happened countless times in scary movies: something goes bump. The heroes, startled and alert, know they have to investigate the noise to make sure there’s nothing coming for them. Carefully, they tiptoe their way over to the origin of the noise where it’s impossibly dark and hard to see. They try the light switch only to find that the power doesn’t seem to be working. Doing their best, they explore the darkness only to find nothing…except the monster suddenly appears from the shadows and gets them!

If only they had checked everywhere! Or, even better, if only they had known to look right in the one spot they missed. It wasn’t obvious enough, sure, but it was there!

Surviving the FTC Scary Movie: Much like “the one spot in the dark where the killer is hiding” in horror movies, you can’t assume that your audience will check everywhere for disclosures. Tucking your disclosure towards the bottom of a post, or hidden somewhere after the “read more” jump on platforms like YouTube and Facebook, is a surefire way to get yourself in trouble with FTC violations. Your visitors may not check every last corner, so make sure your disclosures are front and center!

5. Monsters Can Hide in Plain Sight

This is a common occurrence in scary movies: our heroes enter an area where creepy statues, paintings, and more are surrounding them. Nothing moves – yet – but the heroes need to remain vigilant because they know that a monster is in the room with them, blending in. All it takes is one look away and the monster will spring to life form his camouflaged spot to get them.

Monsters can blend in when they want to. Sure, hiding in the dark is effective (see above) but hiding in plain sight? That just makes for a great scare. The heroes are in a lose-lose situation when that happens – there’s no way to identify the monster from the inanimate object until it’s almost too late.

Surviving the FTC Scary Movie: The last thing you want is your disclosures to be seen as monsters hiding in plain sight by the FTC, and the best way to avoid that is to keep your disclosures separate from things that are distracting. It might seem like a good idea to put a disclosure close to a link that you’re trying to get your audience to click on, but consider that by the time the visitor sees a link, they’re most likely going to click it without reading the surrounding content too carefully. The FTC recognizes that and can cause some major headaches because it’s a disclosure that blends in. Avoid this by putting your disclosures in clear view of the visitor – likely at the beginning of a post or top of a page of content.

Ready to take on the FTC scary movies, but want assistance? Don’t fear – we’re here for you. Contact our Brand Quality and Regulatory Compliance Management team to ensure you’re equipped to handle these fears!