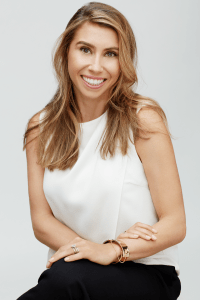 “Shoppers in 2019 value a good deal, but there’s something they value even more these days,” says Jetblack and Rent the Runway co-founder Jenny Fleiss, “Their time.”

“Time is the greatest luxury,” she told a packed house during her keynote at Rakuten Optimism 2019 on October 23.

Fleiss’s session, titled “Machine Learning & AI – Why Successful Businesses Find Balance Between Human and Tech,” explored modern consumer expectations and where commerce is heading in the future. Below are a few takeaways of Fleiss’s session.

Connecting With the Modern Consumer

Fleiss told attendees that connecting with the modern consumer means focusing on three areas in particular – efficiency, personalization, and experiential.

“The internet gave us a lot of options, but it takes a lot of time to weed through those options,” she said. “Customers are telling us because of their limited time that they want to invest in experiences. It’s how can I enjoy that trip where I go to the Nike shoe store and they’re custom dipping my shoes and have something that’s unique. The premium of having a brand that means something is more important than ever before.”

Fleiss knows how to deliver on those three pillars better than most.

She built a name for herself in e-commerce by co-founding the online designer dress and accessory rental service Rent the Runway in November 2009. The business disrupted the apparel industry by allowing women to rent designer dresses for fancy events rather than buy something they might only wear once and then never again. Rent the Runway currently has 11 million members and has raised more than $525 million in funding since its inception.

It was at Rent the Runway where Fleiss learned just how important the human component is. For example, the company would feature pictures of real customers wearing dresses on product pages that those customers uploaded themselves. Featuring that user-generated content, she says, was key to making a lasting positive impression on those customers.

“They felt so great about the experience they had that they wanted to pay it forward to the community,” she said. 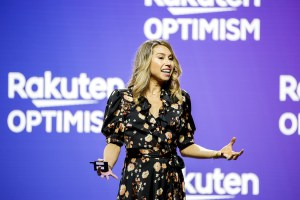 What’s Next for Retail?

Fleiss told attendees that the next phase in retail is going to be conversational commerce, wherein brands use automated technology to interact with consumers via mediums such as text messaging or voice activated personal assistants.

It’s the physical retail component, she says, that’s going to be crucial when it comes to getting shoppers to adopt new purchasing behaviors.

“Physical retail can help train consumers,” she said. “It is really hard when you’re teaching a new modality like text (ordering) all the ways to use it and how it can add value to your life.”

She admits that the channel still has a ways to go before gaining mainstream adoption.

One way for brands to position themselves ahead of the competition when it comes to conversational commerce, she says, is to build tools that are able to intuitively respond to the types of questions you might ask your friend or coworker.

“If I can train the system and machine learning artificial intelligence off of real questions consumers have, then over time we will have enough data to where we can automate,” she said. “If you can take that interaction that you had at the store and you can leverage that knowledge base of the store clerk, you can have the most enjoyable interaction.”