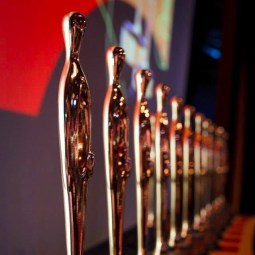 The 2018 Golden Link Awards are just around the corner and we wanted to extend a big congratulations to all our finalists this year! The award show will be held Wednesday, June 27th in the ballroom at the New York Marriott at the Brooklyn Bridge.

Take a look below to see who’s made the list!

The Choice Awards are now open! Make sure to cast your vote between now and Friday, June 8th.

An enormous thank you to our panel of industry judges:

Need another reason to attend?

Saturday Night Live’s Alex Moffat will host the Golden Link Awards at DealMaker New York! Alex Moffat is a New York-based actor, stand-up, writer, and current cast member on Saturday Night Live. He hails from Chicago where he performed with The Second City’s Bizco and Boatco, The Annoyance, iO, Zanies, The Comedy Bar, and The Public House Theater. He appeared in NBC’s sketch comedy pilot and can be seen in the films “A Conspiracy On Jekyll Island” with Minnie Driver and “Uncle John” with John Ashton.

Tickets to attend the Golden Link Awards are $175 and can be added on to your DealMaker New York registration. Click here to modify your registration or email events@mail.rakuten.com.

You don’t want to miss this!