Nissan and Booking.com amongst the first advertisers on Rakuten TV’s New AVOD Service in Europe 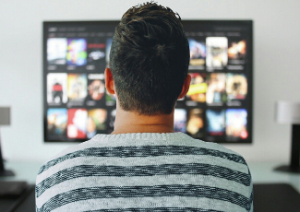 As the exclusive advertising seller for this first-of-its-kind video-on-demand (VOD) service, Rakuten Marketing is thrilled to be collaborating with these internationally renowned brands from the travel, automotive, banking FMCG and fragrance industries.

To find out more about advertising on Rakuten TV’s AVOD service, contact us now!

As Founding Partners, these brands will be amongst the pioneers utilising advertising opportunities available on the first pan-European VOD platform that provides ad-supported channels offering Hollywood, local and exclusive content for free.

Part of the Rakuten group of businesses alongside Rakuten Marketing, Rakuten TV is the first platform to combine transactional-based video-on-demand (TVOD) and AVOD products across Europe.

Nissan France will be bold and use the platform for the launch campaign of the JUKE, its coupe crossover. Coralie Musy, Marketing Director of Nissan in France, explains: “More technologically advanced and better connected than ever, the new Nissan JUKE supports our digital launch strategy. This new, innovative video offer perfectly matches the position of our urban crossover. It is a privileged space for an advertiser looking for innovative targeting possibilities.”

Nick Stamos, Rakuten Marketing CEO, stated: “Video-on-demand is quickly emerging as a powerful media channel, and Rakuten TV presents a singular opportunity for our clients to reach a highly engaged pan-European audience. We strive to be the first to offer advertisers new products and audiences, and are proud to bring this ground-breaking advertising opportunity across the Continent.”

Rakuten TV’s new AVOD service launched in October with an initial offer of Hollywood and local content. This will be expanded upon in the coming months in a combined linear and on-demand offer, including exclusive Rakuten content, TV series, documentary series, news and sports channels.

Among the exclusive content Rakuten TV will present on its AVOD channel is Matchday – Inside FC Barcelona. The new documentary series is about FC Barcelona from the inside, offering previously unseen and exclusive scenes from the players’ private lives. Narrated by John Malkovich, Matchday – Inside FC Barcelona is a creation of Barça Studios, FC Barcelona’s own production house, in collaboration with Kosmos Studios, Rakuten, Inc. in association with Rakuten H Collective Studio and Producciones del Barrio. Rakuten Viber, Rakuten’s instant messaging service, will also participate in the project, leveraging its community of 2 million Barça fans to promote “Matchday.” Having been premiered at a star-studded event in Barcelona’s Gran Teatre del Liceu on 28th November 2019, ¬Matchday – Inside Barcelona will be available across all 42 European countries in which Rakuten TV is available.

To find out more about advertising on Rakuten TV’s AVOD service, contact us now!