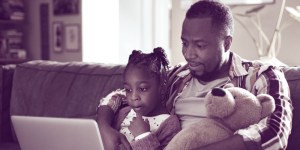 With eMarketer’s forecast for global e-commerce growth revised to 14% (down from 18%) in recent months, retailers throughout Europe leveraged peak shopping days such as Black Friday and Cyber Monday to recoup sales that may have been lost as a result of the pandemic.

With physical stores closed due to lockdown, retailers started sales promotions earlier than previous years to entice shoppers into making a purchase. In the days preceding Black Friday, consumers traditionally begin researching offers and promotions to ensure they’re ready to buy on this peak day, but this year consumers took advantage of the early and longer-running Cyber Week deals offered by retailers and began their shopping early. Network data from Rakuten Advertising shows that this year European shoppers started purchasing the weekend before Black Friday and continued shopping throughout the week leading up to the big day.

Throughout the pandemic, there has been a significant increase in new-to-online shoppers, accelerating the growth of e-commerce. The impact of this was notable during Cyber Week in particular, and on Sunday 22nd November Rakuten Advertising’s affiliate network saw a staggering 127% increase in the number of orders Year-on-Year (YoY) in the UK market alone, which continued through the week. Wednesday 25th saw the biggest increase in sales compared to last year, with the average order value (AOV) also peaking on this day – shoppers spent 37% more on average than last year.

The trend towards early sales was also reflected across Europe. In Germany, Sunday 22nd saw the largest increase YoY in the number of orders (184%) and Wednesday 25th November was the biggest day for sales.

While the French government took the decision to postpone Black Friday this year in an attempt to level the playing field for smaller businesses, this did not dampen consumers’ appetite for online shopping. In fact, there was a significant increase in the number of online orders compared to Cyber Week last year on Sunday 22nd, which resulted in a staggering sales increase of 202% YoY.

Commenting on the success of Cyber Week, Anthony Capano, Managing Director of International at Rakuten Advertising, said; “Despite the disruption caused by the pandemic this year, we’ve seen really strong results across our European networks throughout Cyber Week. Consumers may be staying at home, but that hasn’t stopped them seeking out the best deals online. The growth we’ve seen across Europe, particularly in the UK – tipping into triple digits – is extremely positive news for retailers who face a number of challenges in the current climate.

“There is still plenty of opportunity for retailers and publishers to maximise sales post-event, too. With the consumer behaviours we’ve seen throughout this year, strong digital strategies that are optimised to drive conversion will ensure the positive trends continue for the remainder of the year.”

To stay up-to-date with insights and trends from Rakuten Advertising, subscribe to our blog!