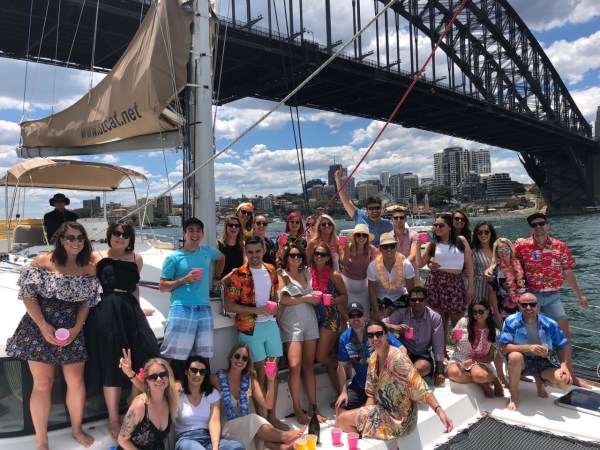 Who can believe that there is little over 2 weeks left in 2017? It feels like only yesterday that the Rakuten Marketing team were undertaking the mannequin challenge at our Celebrate 2016 party.

In the past twelve months, Australia has achieved marriage equality and qualified for the world cup. Prince George started school and Prince Harry and Meghan Markel announced their engagement. The world lost Jerry Lewis, Adam West and Mary Tyler Moore.

In the world of eCommerce, we experienced “the year of mobile” for perhaps the 5th consecutive year. Amazon announced their plans for Australia before FINALLY launching early in December. And brand safety was front of mind for advertisers as the desire for transparency increased.

At Rakuten Marketing, the year began with a bang, as we were named the world’s #1 affiliate network for the 6th consecutive year. We held our first TECHFast events across Sydney and Melbourne, announced our expansion into Singapore and officially opened an office in Melbourne. Improvement to our tech stack was made as we enhanced our Advanced Retargeting solutions, new affiliate tools were released, and we continued to roll out Cadence, our complimentary attribution and insights platform – a technology which saw as awarded the Best Performance Marketing Technology award at the International Performance Marketing Awards.

The Rakuten partnership with FC Barcelona kicked off on July 1st and in September we became the first jersey badge sponsor of the reigning NBA champions the Golden State Warriors. 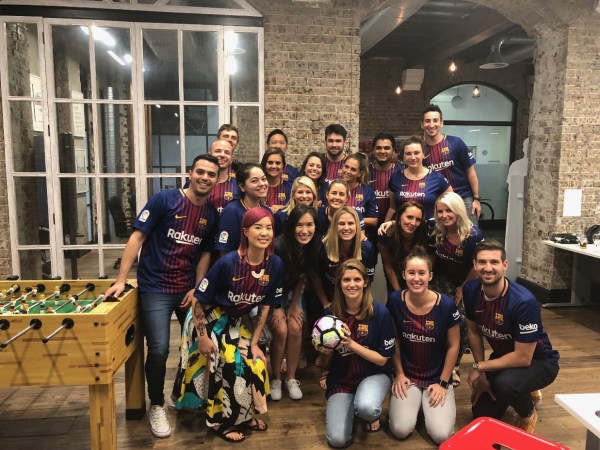 As we celebrate another phenomenal year, we asked our teams to reflect on the year that was, and cast an eye into the future to share their predictions for the year to come.

2017 most notable industry change:
It’s been great to see the launch of a number of key loyalty and rewards publishers in the Australian market. From key Australian financial institutions introducing loyalty platforms, to technology partners, to the ever growing popularity of cash back, the loyalty landscape has matured significantly and provides a breadth of partnership opportunities for retailers.  While Cyber Weekend has been on the retail calendar in Australia for many years, the extent and scale to which Australian retailers embraced this retail event both online and in store in 2017 was notable!

Favourite Rakuten Marketing moment of 2017:
It was exciting to be part of Rakuten’s global sponsorship of both FC Barcelona and the Golden State Warriors – and see the wider business’s continued dedication to innovation and teamwork.

2018 Industry Prediction:
Continued diversification of publisher models and partnerships, as retailers continue to look for more sophistication and growth in their affiliate programs and as publishers continue to innovate!

Just for fun, one non-industry related prediction for 2018:
The Socceroos to win the World Cup!

2017 most notable industry change:
2017 was definitely a year of globalisation from a publisher perspective. We have seen a large growth in publishers who are expanding into new markets. We have also seen UK retailers really making the most of the low British pound, partnering with publishers internationally who see UK brands as being very competitive from a pricing standpoint.

Favorite Rakuten Marketing moment of 2017:
Winning the Winter Sydney mixed soccer tournament – We had a lot on the line with the Barcelona sponsorship and we really did a great job taking home the trophy this year.

2018 Industry Prediction:
Advertisers and publishers are going evolve new models as attribution adoption rises . More advertisers will look to reward more touchpoints along the consumer journey leading to a content marketing renaissance. (We hope so anyway!)

2017 most notable industry change:
Brands becoming increasingly conscious of the content their ads appear alongside and the sites on which they run. This is one of many factors in the continually rising costs of media we’ve seen this year, alongside increased competition.

Favourite Rakuten Marketing moment of 2017:
Expanding our Singapore and Melbourne teams and opening new offices. The reach and experience we now have in our APAC business is exemplified by the fact that we speak 15 languages between us. In an industry where communication is key, it definitely helps!

2018 Industry Prediction:
Late in the year, there will be a breakthrough in the adoption of a universal ID for the web (cross-device), probably incentivising people to adopt it with access to content or micro-payments from ad spends. This will lessen marketers’ reliance on Facebook for cross device capabilities.

Just for fun, one non-industry related prediction for 2018:
Drone food delivery will become the norm in some parts of the world, as will the theft of said food from drones.

2017 most notable industry change:
The desire to move away from last click attribution is gaining speed, as brands explore and implement multi-touch attribution models and tools. The understanding of how each channel interplays and weaves with another is arming marketers with better ammunition and insights to make wiser investments.

Favourite Rakuten Marketing moment of 2017:
Being surrounded by the best digital marketers in the country at our annual symposium which has doubled in size yet again, makes us so proud of what we are achieving here in APAC and is testament to the people, the service and the value that we add to our client’s business.

2018 Industry Prediction:
High demand for access to unique first party data sets will power performance boosts and sophisticated segmentation, along with a desire for greater transparency into true costs and behaviours in the programmatic channel.

Just for fun, one non-industry related prediction for 2017:
Jessica Mauboy to win Eurovision!

2017 most notable industry change:
The desire and need for greater transparency. This of course came to a head this year and all for the better for the longevity of our industry.

Favourite Rakuten Marketing moment of 2017:
I would have to say our Rakuten Marketing Sydney Symposium. Brilliant speakers, a fantastic venue and with over 350 people to an invite only event, continues to go from strength to strength.

2018 Industry Prediction:
It is difficult to ignore, but the arrival of Amazon certainly will disrupt the retail sector.  It is certainly a real opportunity that savvy brands can take advantage of as Amazon drives more consumers online. We know that Amazon will have huge marketing budgets, this means it’s even more important for brands to understand what marketing efforts are working, and those that are not driving the right ROI. We talked about it last year however I see more marketers employing an attribution solution, and utilising the insights garnered to make smarter decisions about where marketing dollars are being spent.

Just for fun, one non-industry related prediction for 2017:
Barcelona to win the UEFA Champions League and the Golden State Warriors to take out the NBA title, both with the Rakuten brand blazed across their chest!

Want to find out how you work with Rakuten Marketing? Visit rakutenmarketing.com.au or contact rm-salesapac@mail.rakuten.com