Influencer Study: How are consumers engaging 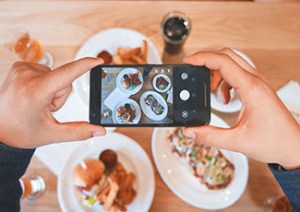 Influencer Marketing continues to provide advertisers with authentic opportunities to tell their brand story. By engaging their organically grown audiences with content that aligns with their likes, interests and values, Influencers are uniquely regarded by consumers as a source for recommendations for new brands and products.

For many brands, influencer campaigns are already part of their marketing strategy. Yet there are still some unknowns when it comes to uncovering the true value to a brand that influencers can drive. The latest survey by Rakuten Marketing delves into influencer marketing, exploring how both marketers and shoppers engage with digital influencers.

In this post we take a deep dive into the consumer, uncovering the most popular types of influencers to follow, how new influencers are discovered, which social platforms they are followed on and the kind of content most enjoyed by consumers.

On a local level, 56% of Australian’s surveyed follow entertainment influencers making them the most commonly followed influencer type, preceding celebrities followed by 45% of Aussies. Home and lifestyle influencers are the next most popular type of influencers for Australian’s to engage (42%), edging out both fashion (41%) and beauty influencers (41%) ever slightly.

52% of Aussies discover new influencers through recommendations from their friends and family, and 49% will follow influencers based on a suggestion made by a celebrity or influencer that they already follow.

Consumer content preferences
64% of global consumers and 66% of Australian consumers prefer watching videos when interacting with influencers, highlighting why Instagram and YouTube are the leading platforms for influencers. Furthermore, 64% of Aussies surveyed prefer picture content, while 38% preference both written content and live video, and Podcast are the content of choice for 28% of Australian consumers.

For more insights into how consumer engage with influencers, download our Global Influencer Report here!